from the Fresh Story Blog 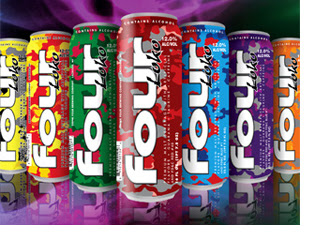 Attorneys General from 35 states and the City Attorney of San Francisco have joined forces in calling for the Federal Trade Commission (FTC) to place new limits on the amount of alcohol that can be sold in a single-serving can – a request clearly aimed at Four Loko, sold by Phusion Projects LLC. Four Loko is sold in 23.5-ounce cans that contain about the same amount of alcohol as five beers.

The FTC has charged Phusion Projects with violating federal law for making false or misleading claims that a can of Four Loko can be safely consumed on a single occasion, and for failing to disclose the number of alcohol servings per can. In October, Phusion agreed to change the labels on cans to state that the drinks contain as much alcohol as four to five cans of beer. The FTC has proposed a settlement that would require the beverage company to make the containers resealable and clearly label the equivalent number of regular beers in the drink.
Iowa’s Attorney General Tom Miller and his colleagues say that’s not enough. They want the FTC to strengthen the regulations on Four Loko by limiting the amount of alcohol in a single-serve container to two servings, regardless of other requirements. “The company claims that you can safely drinking one can of Four Loko in a single occasion, which is absurd,” Miller said in a news release.
Four Loko came under fire in late 2010 for adding caffeine to its alcoholic beverages. Under pressure from state and federal officials, Phusion removed caffeine from its products and no longer markets them as “energy drinks.”
The news about Four Loko brings up the whole issue of standard drink size – and the public confusion that comes from the fact that alcohol companies are not required to list nutrition facts or serving sizes like all other food and beverages. Visit our website for more information about calories in alcohol, standard drink size and responsible alcohol use.
Sources:
“States ask FTC to limit Four Loko servings,” cleveland.com, November 17, 2011.
“Too much alcohol for one can, states say of Four Loko,” desmoinesregister.com, November 18, 2011.
“35 Attorneys General ask FTC to limit amount of alcohol in single-serving can,” drugfree.org, November 18, 2011.