Tripping over a Rainbow with Skittles in my hand?

Tripping or Skipping over any rainbow with these drugs in your hand is playing with a hand of deadly cards. Robotripping or Skittling is real, and real close to home! 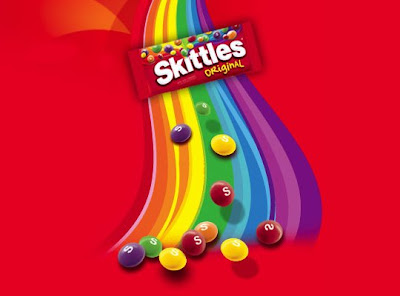 Not Skittles
Looks like
DXM can come in the form of: cough syrup, tablets, capsules, or powder.

DXM is a cough suppressor found in more than 120 over the counter
(OTC) cold medications, either alone or in
combination with other drugs such as analgesics (e.g.,
acetaminophen), antihistamines (e.g., chlorpheniramine),
decongestants (e.g., pseudoephedrine), and/or expectorants
(e.g., guaifenesin). The typical adult dose for cough is 15 or 30
mg taken three to four times daily. The cough-suppressing effects
of DXM persist for 5 to 6 hours after ingestion. When taken as
directed, side-effects are rarely observed.


Methods of abuse
DXM is abused in high doses to experience euphoria and visual and auditory hallucinations. Abusers take various
amounts depending on their body weight and the effect they are attempting to achieve. Some abusers ingest 250 to
1,500 milligrams in a single dosage, far more than the recommended therapeutic dosages described above. Illicit use of
DXM is referred to on the street as “Robotripping,” “skittling,” or “dexing.” The first two terms are derived from the
products that are most commonly abused, Robitussin and Coricidin HBP. DXM abuse has traditionally involved drinking
large volumes of the OTC liquid cough preparations. More recently, however, abuse of tablet and gel capsule
preparations has increased. These newer, high-dose DXM products have particular appeal for abusers. They are much
easier to consume, eliminate the need to drink large volumes of unpleasant-tasting syrup, and are easily portable and
concealed, allowing an abuser to continue to abuse DXM throughout the day, whether at school or work. DXM powder,
sold over the Internet, is also a source of DXM for abuse. (The powdered form of DXM poses additional risks to the
abuser due to the uncertainty of composition and dose.) DXM is also distributed in illicitly manufactured tablets
containing only DXM or mixed with other drugs such as pseudoephedrine and/ or methamphetamine. DXM is abused by
individuals of all ages, but its abuse by teenagers and young adults is of particular concern. This abuse is fueled by
DXM’s OTC availability and extensive “how to" abuse information on various web sites.


DXM intoxication involves: over-excitability, lethargy, loss of coordination, slurred speech, sweating, hypertension, and
involuntary spasmodic movement of the eyeballs. The use of high doses of DXM in combination with alcohol or other
drugs is particularly dangerous, and deaths have been reported. Approximately 5-10% of Caucasians are poor DXM
metabolizers and at increased risk for overdoses and deaths. DXM taken with antidepressants can be life threatening.
OTC products that contain DXM often contain other ingredients such as acetaminophen, chlorpheniramine, and
guaifenesin that have their own effects, such as: liver damage, rapid heart rate, lack of coordination, vomiting, seizures,
and coma. To circumvent the many side effects associated with these other ingredients, a simple chemical extraction
procedure has been developed and published on the Internet that removes most of these other ingredients in cough
syrup.


Overdose effects
DXM overdose can be treated in an emergency room setting and generally does not result in severe medical
consequences or death. Most DXM-related deaths are caused by ingesting the drug in combination with other drugs.
DXM-related deaths also occur from impairment of the senses, which can lead to accidents. In 2003, a 14-year-old boy
in Colorado who abused DXM died when he was hit by two cars as he attempted to cross a highway. State law
enforcement investigators suspect that the drug affected the boy’s depth perception and caused him to misjudge the
distance and speed of the oncoming vehicles.

Don't believe that cough syrup can kill, bet these parents can tell you different
http://www.andymaxfield.com/

Previously posted by myself on blog Ed4Ed4all "Deadly Games" thought it was worth a repeat here on my own blog. Stay Safe this weekend!!