A New Drug On The Block: Zohydro - another addictive substance

Anti-prescription drug abuse activist Lisa Roberts, RN, of the Portsmouth Health Department, says the Food and Drug Administration ignored it own panel and approved a new Hydrocodone drug called Zohydro which she says is 10 times more potent than Vicodin.

Roberts, speaking with the Daily Times from Michigan where she was serving this week as a presenter at their state Prescription Drug Summit, said, “They (FDA) continue to approve more blockbuster painkillers. Yesterday (Monday) they ignored their own panels recommendations and approved a new pure Hydrocodone product called Zohydro which has no built in abuse deterrent and is 10 times more potent than Vicodin.”

According to a watchdog report in the Milwaukee-Wisconsin Journal Sentinel, against the recommendation of its own advisers, the U.S. Food and Drug Administration has approved a new high-dose narcotic painkiller without an abuse-limiting formula and tested using a method critics describe as stacking the deck in favor of the drug.

Zohydro ER will be the first Hydrocodone-only opioid, and it will come in doses packing five to 10 times more heroin-like narcotic than traditional Hydrocodone products such as Vicodin, which combine Hydrocodone with over-the-counter pain relievers such as Acetaminophen or Ibuprofen.

Though the narcotic in Zohydro ER is designed to be released slowly over 12 hours, pleasure-seekers will be able to crush it, chew it or mix it with alcohol to unleash its full punch at once.”

The story said the November 2012 memo from the FDA’s own staff warned that the drug will be abused more than traditional Hydrocodone products. The memo compares what likely will occur with Zohydro to what happened with extended-release, Oxycodone-containing opioids.

“The FDA is too influenced by the Pharmaceutical Industry, and it is reflected in their decisions such as the recent discovery of the ‘Enriched Enrollment’ process to approve painkillers whereas, basically, people who experienced problems with opioid pain medication are removed from the clinical trials process insuring that these outcomes are favorable for the pain medication and those that manufacture them,” Roberts said. “The FDA charged the Pharma Companies $25,000 per meeting to be on this panel to help them enact Enriched Enrollment. If that’s not a fox in the hen house situation I don’t know what is.”

The Daily Times asked Roberts about an effort to combat “misuse and abuse” by the Food and Drug Administration in proposing new restrictions that would change regulations for some of the most commonly prescribed narcotic painkillers on the market.

The FDA’s latest proposal would specifically affect Hydrocodone combination pills, also known as opioids, which combine Hydrocodone with less potent painkillers such as Acetaminophen. One example is Vicodin.

Drugs are categorized into one of five “schedules” by the Drug Enforcement Administration based on “whether they have a currently accepted medical use in treatment in the United States, their relative abuse potential and their likelihood of causing dependence when abused.” Other drugs, such as Adderall and Morphine, are also labeled as Schedule II.

“When you wonder why your dentist gives you 40 hydrocodone for a toothache, or your knee doctor prescribes far more than he should, that’s because they’re under the impression that it’s not as addictive as Percocet,” Dr. Andrew Kolodny, president of Physicians for Responsible Opioid Prescribing, told CNN in January when an FDA advisory panel first urged the administration to recommend tighter restrictions.

In an online statement posted Thursday, the FDA said it “has become increasingly concerned about the abuse and misuse of opioid products, which have sadly reached epidemic proportions in certain parts of the United States.”

“I agree with Dr. Dr. Andrew Kolodny,” Roberts said. “In fact, many of us locally signed the Petition that PROP sponsored calling for the reclassification of Hydrocodone products. Although the FDA is finally doing something, it is inadequate and long overdue.” 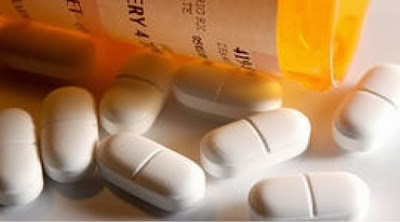 Just another addictive substance, needs to be classified as a Schedule II