4th of July Fireworks, keeping your fingers and piggy toes 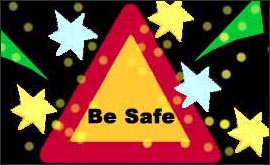 Well here we are another holiday, and more fun!! cookouts, family time, swimming, beach going all the usual summer time 4th of July activities. Fireworks has to be the favorite of my family, how about yours? How many times as a parent have you worried about your child while you were shooting off fireworks in your neighborhood, or even your yard. Depending on what state you live in or how far you are willing to drive and chance getting caught buying fireworks that are not so legal, depends on how safe you might just be at home or at that neighbors house. I thought a reminder on how dangerous fireworks can be would be in order for today. Because we all need to keep our fingers and hands to eat that summer cookout food, right? 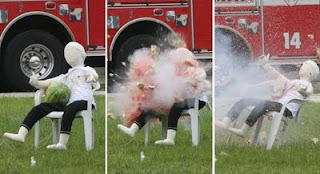 Each July Fourth, thousands of people, most often children and teens, are injured while using consumer fireworks. Despite the dangers of fireworks, few people understand the associated risks - devastating burns, other injuries, fires, and even death. The Alliance to Stop Consumer Fireworks is a group of health and safety organizations, coordinated by NFPA, that urges the public to avoid the use of consumer fireworks and instead, to enjoy displays of fireworks conducted by trained professionals. 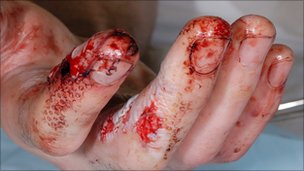 
VIDEO: A dramatic demonstration of the dangers of consumer fireworks, hosted by the Alliance to Stop Consumer Fireworks (coordinated by NFPA) and the Massachusetts State Fire Marshal's office. This video shows the damage that fireworks could cause a person standing too close to fireworks.

Summer memories often include lighting sparklers and watching fireworks during 4th of July celebrations, however, hundreds of children are injured by fireworks each summer.
Fireworks can cause serious burn and eye injuries.  In 2010, 3,400 children under age 15 were injured by fireworks.  Of these injuries, over 70% occurred in the weeks surrounding July 4th. 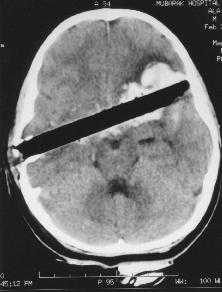 .
The safest choice is to leave fireworks to professional use.
Have a safe 4th of July!

Click here to take the Safe Kids Quiz
Please be smart this 4th of July and keep those fingers intact :) don't want to see you in the ER as another casualty that could have been prevented.
~~Leslie~~