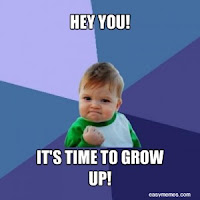 YouTube is the place to learn the latest challenges for your kids. Believe it or not your kids are learning some down right dangerous crap on YouTube.
Like the "Cinnamon Challenge" " Chubby Bunny or Marshmallow Challenge" or the "Salt and Ice Challenge" all of these are dumb and stupid and can be found on YouTube with other such risky behaviors like "The Choking Game" that has claimed thousands of pre-teen and teen lives in the US and UK.

This latest craze amongst teens on YouTube is putting them in real danger of choking and suffocating. As seen in the video below, 3 girls snort (yes, SNORT) condoms through their noses and attempt to pull them out of their mouths. After much gagging and choking they accomplish the disgusting feat.
Not without a bit of vomit though. Yuck!
These videos are getting huge amounts of views on a daily basis and it can only be fueling the condom-snorting fire.


The Condom Challenge sounds simple, really, and it is -- simple and possibly fatal: To complete the challenge, a teen has to snort a condom up his or her nose and expel it through his or her mouth WITHOUT choking to death in the process. (If you choke to death, you lose! Ha, ha!) Not so funny huh?
Come on people, this is not only disgusting, it is just irresponsible and gross! If you think that snorting a condom up your nose makes you look cool, it does not!
As a nurse I can tell you that if you choke on this condom it is very hard to "fish" it out of your trachea or lungs, look at the diagram below and see how easy it is for that condom to go the wrong way and end up blocking your airway.

Please be responsible and be safe!