Allergic Reactions What's All The Buzz About #health #allergies

Allergic reactions are sensitivities to substances called allergens that come into contact with the skin, nose, eyes, respiratory tract, and gastrointestinal tract. They can be breathed into the lungs, swallowed, or injected( like a sting) 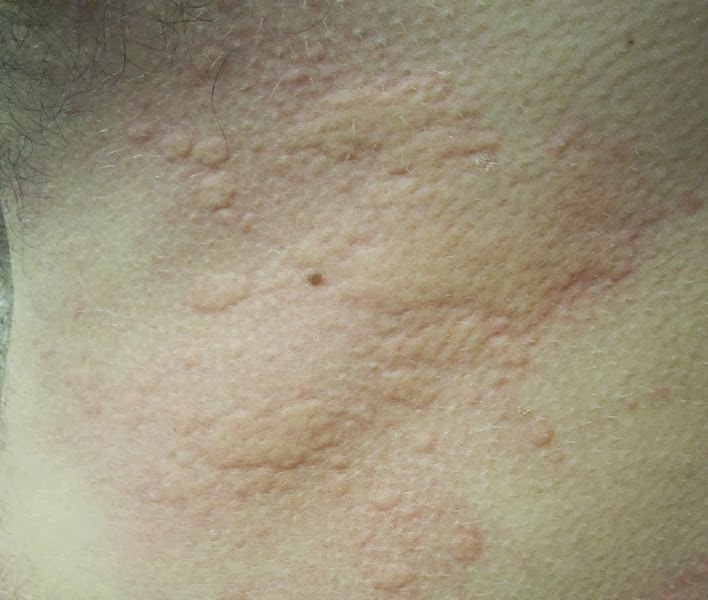 Hives on the back of an acute allergic reaction- courtesy of WikiMedia
Many allergic reactions are mild, while others can be severe and life-threatening. They can be confined to a small area of the body, or they may affect the entire body. The most severe form is called anaphylaxis or anaphylactic shock. Allergic reactions occur more often in people who have a family history of allergies.
Substances that don't bother most people (such as venom from bee stings and certain foods, medications, and pollens) can trigger allergic reactions in others. 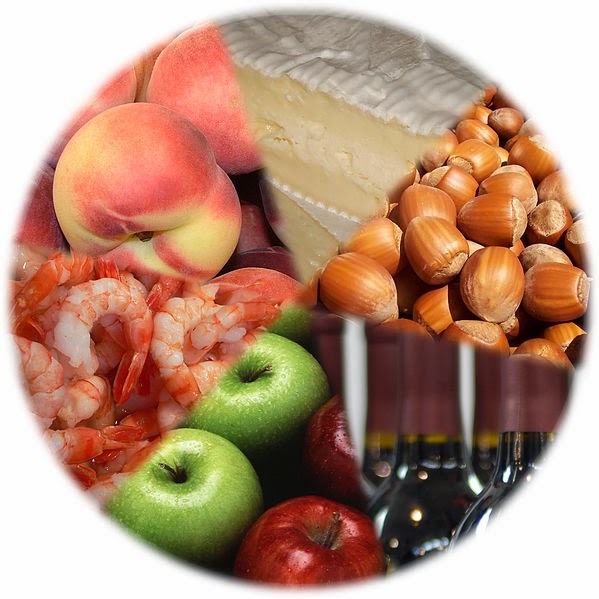 Common Allergens
Although first-time exposure may only produce a mild reaction, repeated exposures may lead to more serious reactions. Once a person has had an exposure or an allergic reaction (is sensitized), even a very limited exposure to a very small amount of allergen can trigger a severe reaction. These people need to carry an Epipen at all times. Your doctor can prescribe one for you to use.
For example you develop a small red rash after taking an antibiotic, your body produces a reaction to that medication and sensitizes you. You are now much more likely to develop a severe or life threatening reaction the next time you take an antibiotic in the same drug family as the first one.
What are we allergic to? 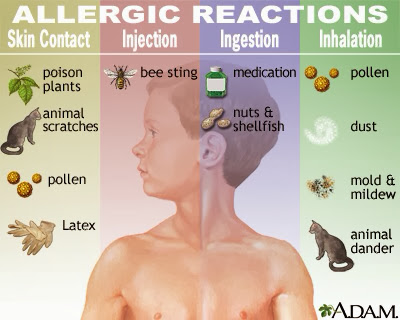 It can be: foods, plants, latex, medications, dyes, insects,animals,bee stings, fibers, soaps,chemicals, you name it. 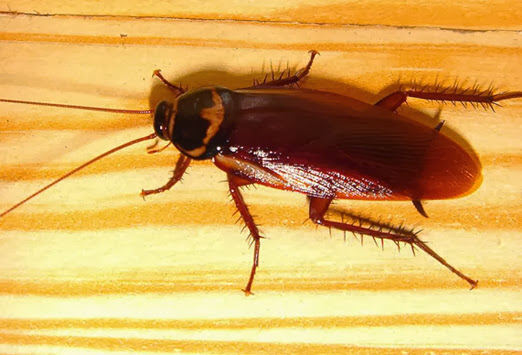 Cockroaches are a major source of allergen exposure in inner-city areas. Of the thousands of species, only a few are important sources of indoor allergens. The German and American cockroaches are the most commonly encountered (shown). Cockroach allergens are derived from saliva, feces, secretions, and dead bodies. The allergens are similar in size to house-dust mite allergens (roughly 10 μm), and remain airborne for short periods of time. An association between cockroach sensitization and asthma exacerbation has been described and may be a major source of morbidity for inner-city, low-socioeconomic patients. An image of an American cockroach is shown courtesy of Wikimedia Commons.

Sometimes you can develop an allergic reaction to something and never figure out the culprit unless you have testing done. 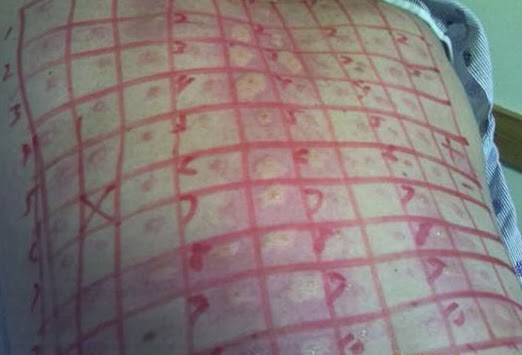 Identifying a culprit allergen can be very difficult, given the wide variety of compounds that humans are exposed to on a daily basis. A number of grid-based skin tests are available. In prick, or scratch, testing a purified allergen is intradermally injected to evaluate for a response. This method is commonly used for pet dander, dust, pollen, foods, and house-dust mites. In patch testing, allergens are kept in contact with the skin via hypoallergenic tape for an extended period of time to assess for a subsequent allergic inflammatory response. This method is commonly used for latex, medications, preservatives, and metals. Image courtesy of Wikimedia Commons.


Allergic Reaction Treatment from eMedicine.com
Self-Care at Home
Avoid triggers! If you know you have an allergic reaction to peanuts, for example, do not eat them and go out of your way to avoid foods prepared with or around peanuts (see Food Allergy).
Self-care at home is not enough in severe reactions. A severe reaction is a medical emergency.
Do not attempt to treat or "wait out" severe reactions at home. Go immediately to a hospital emergency department.
If no one is available to drive you right away, call an ambulance for emergency medical transport.
Use your epinephrine auto-injector (Epi-Pen) if you have been prescribed one by your doctor due to previous allergic reactions.
Slight reactions with mild symptoms usually respond to nonprescription allergy medications.
Oral antihistamines
Loratadine (Claritin or Alavert), cetirizine (Zyrtec), and fexofenadine (Allegra) are nonsedating antihistamines that can be taken over the long term.
Diphenhydramine (Benadryl) can also be taken but may make you too drowsy to drive or operate machinery safely. It can affect concentration and interfere with children's learning in school. These medications should be taken for only a few days.
For rashes or skin irritations, an anti-inflammatory steroid cream such as hydrocortisone can be used.
For small, localized skin reactions, use a cold, wet cloth or ice for relief. Apply a bag of frozen vegetables wrapped in a towel as an ice pack.